In this Post we will solve two problems: 1) command “TSC” is not recognized in the VS integrated terminal code, and 2) compiling does not work automatically when saving file “.TS” (Type Script). 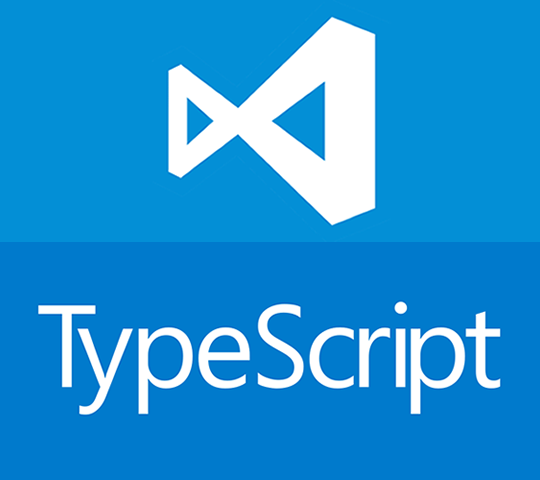 Just to contextualize, the Typescript allows you to write code using a strongly typed structure and have this compiled code to pure JavaScript. Already the Visual Studio Code is a multiplatform editor created by Microsoft.

This is an easy tip, but you may have problems if you don't know what you're doing: my case :(D)

After installing the Node, Open the terminal (command) and run the following command to install the TypeScript:

The Windows terminal (or Linux), do a test run of the TypeScript by checking the installed version. The command “TSC” is an acronym for TypeScript Compiler.

The problem is that the command “TSC” functioned normally in Windows terminal, but not in the integrated terminal that comes inside the Visual Studio Code (VS code), displaying the following error:

' tsc ' is not recognized as an internal or external command,operable program or batch file.

In addition, I didn't want to run the command “TSC” for each time I wanted to compile a file “.TS” (extension to TypeScript). So, How do the automatic build to save (CTRL + S)? Is that we will see further.

Seeking to resolve these issues, I found Posts saying to use the compileOnSave, but this is only supported by Visual Studio 2015 with TypeScript > = 1.8.4 and atom-typescript plugin. IE, There's no point in using compileOnSave in “tsconfig. json” the Visual Studio Code, the code below will not work:

TSC in the VS integrated Terminal Code

First, we solve the problem of TSC not be recognized in the Visual Studio integrated terminal Code (VS code).

Some Posts suggest put the path of the tsc or npm in the PATH environment variable, but an easy way to solve this was doing the installation of the “Typescript for Visual Studio“, It is compatible to the VS Code.

Try checking the TypeScript version integrated terminal direct VS. Code (Not on Windows terminal), and will probably be working:

The terminal Code stand VS in your script directory (.TS), for example:

Create the file tsconfig. json by typing in terminal VS. Code:

Note that a file “tsconfig. json” will be created in “(C):\wamp64wwwts” (the current directory).

Open the tsconfig. json and enable the option “sourceMap”: true, and save the modification, Thus: