From a Windows 10, How to expand the disk of a virtualized Ubuntu Linux (.VDI) using Oracle VM VirtualBox? See how in 2 steps!

When you have a virtualized operating system, It is common to Miss disk space after successive updates.

This post depicts the following scenario: from a Windows 10, We will expand the virtualized Ubuntu Linux (.VDI) Oracle VM VirtualBox.

In summary, all you need to do is run a command via Terminal (CMD) for (Step 1) increase the size of the virtual disk and (Step 2) then expand the partition with Gparted. Come on.:

1.1 Open the Terminal CMD as administrator
For this, type in the search of Windows “CMD” and when you see the option Command Prompt, click it with the right button and select “Run as administrator“.

1.3. Run the command to increase the size of the virtual disk of your VM

Before however, If you don't know where your VM is physically saved on the computer, just take a look at VirtualBox and look for a file .VDI, as follows:

The address for your .VDI It's on the label “Location” ((D):\VMUbuntuUbuntu.vdi): 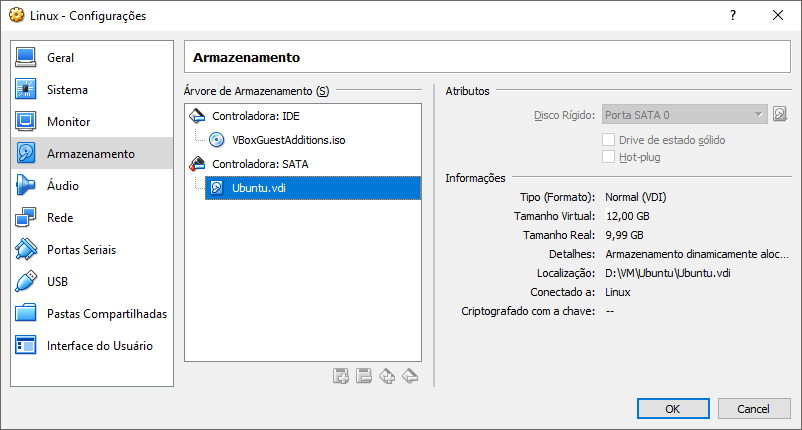 See then how did all the STEP 1: 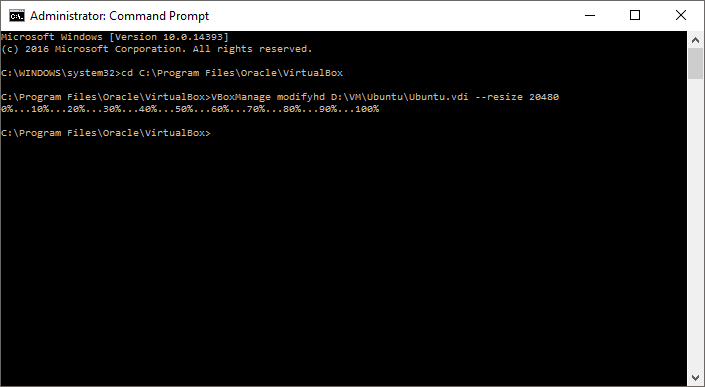 Step 2 | Expand the partition on any disk created

Understand the solution:
It may seem strange, but the fact that you now have a larger disk, does not mean that the file system is taking up all this space available.

Take a look at the picture below and see the disk. Note that has 8 GB free, that is precisely the space that we increase, only that's not busy: 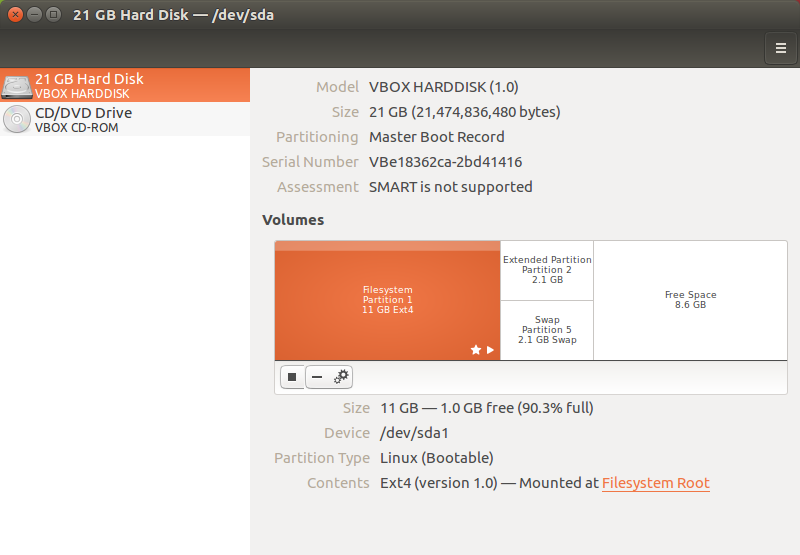 The question here is: How to join those 11 GB with 8 GB if the partition “extended + swap” is right in the Middle?

Well, to solve this, you will delete (and then recreate) the partition swap and extended using the Gparted.

2.1 Install GParted
In search of Ubuntu, look for “Software”. Click the Ubuntu Software and search for Gparted, So, install it! 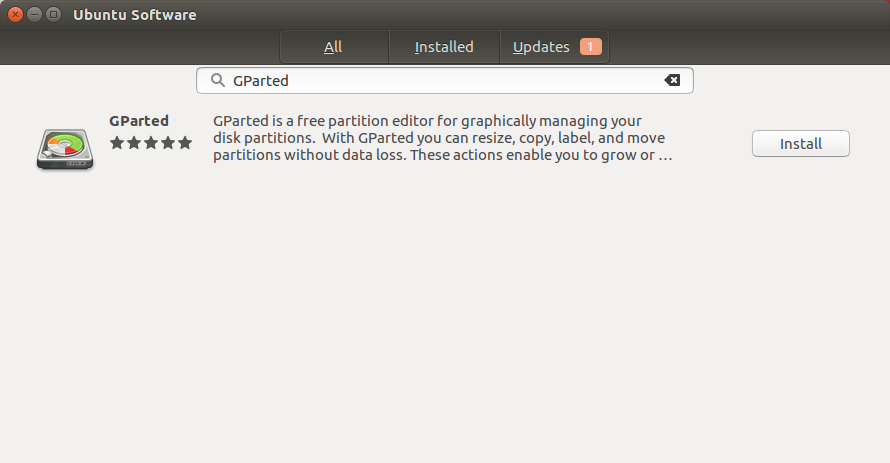 Without fear, remove the partition Swap and after the Extended that is between the original partition your (full) and the new space created (empty), so that it is a large block of unallocated space, as shown in the figure below: 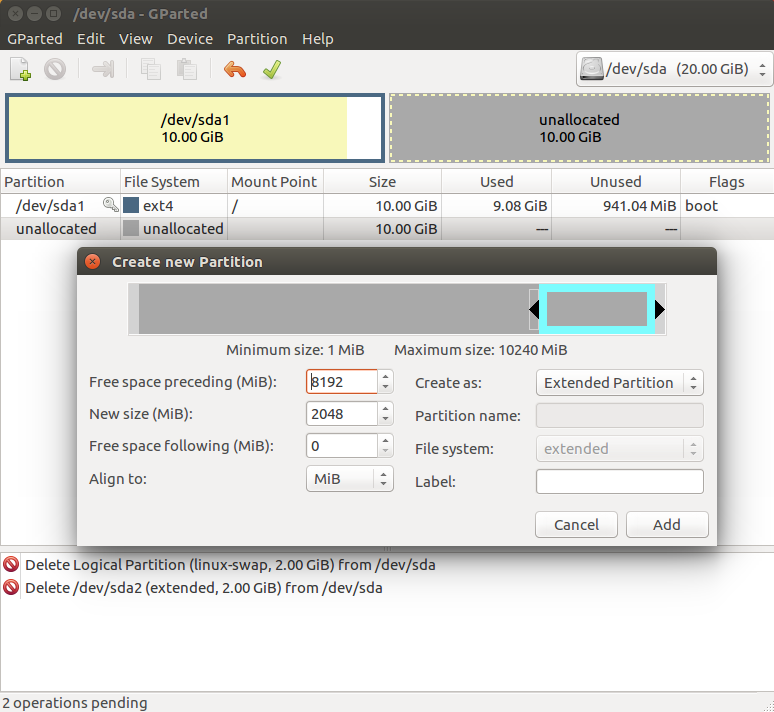 In my case, I left at the end of the unallocated space (empty), a 2048 MB space to recreate swap, represented by the light blue outline in figure above. 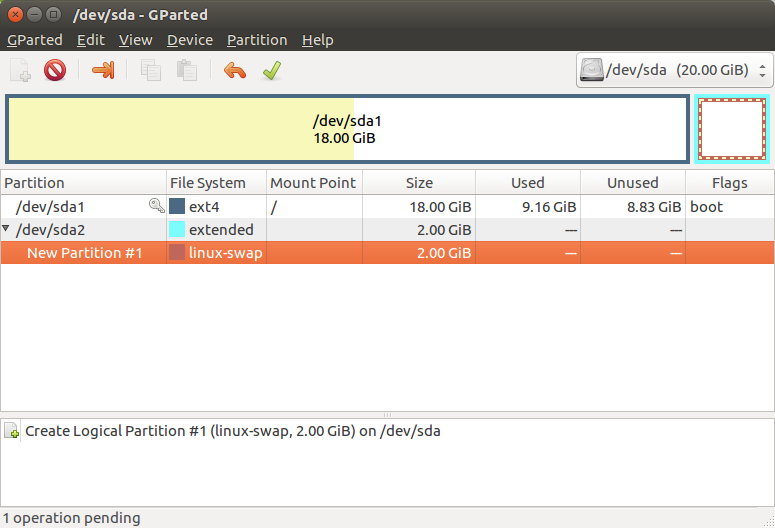 Comparing the figures of the beginning of the Post with the pictures below, We see that both the Disk Manager of Ubuntu as Virtual Box indicate that we got the expected result. 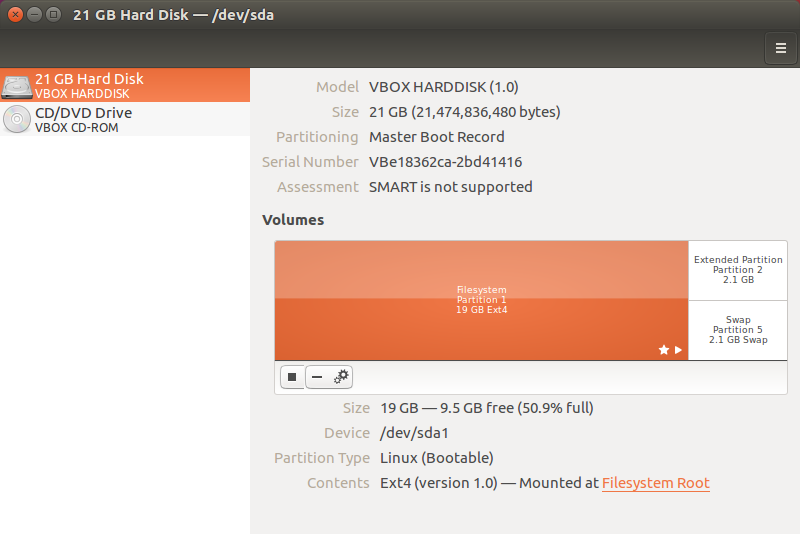 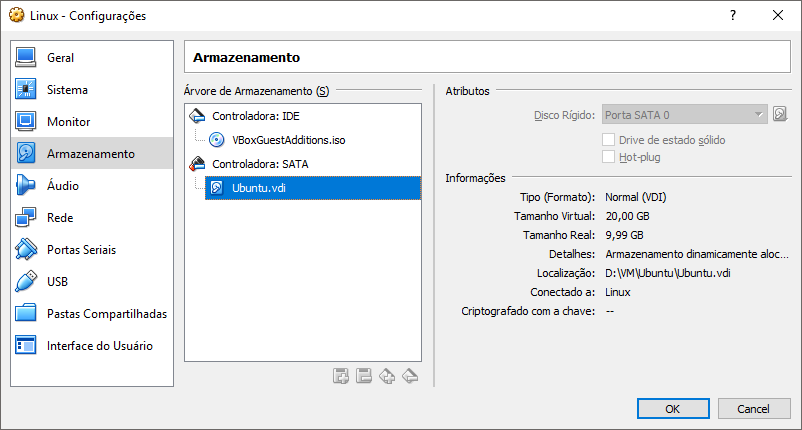 And that's, This made!

19 comments on “Increase the size of the disk in VirtualBox”