This is a possible solution to work around the problem of “Activation code is invalid for this region”, Since there is a restriction that certain keys can only be used from certain regions (countries). 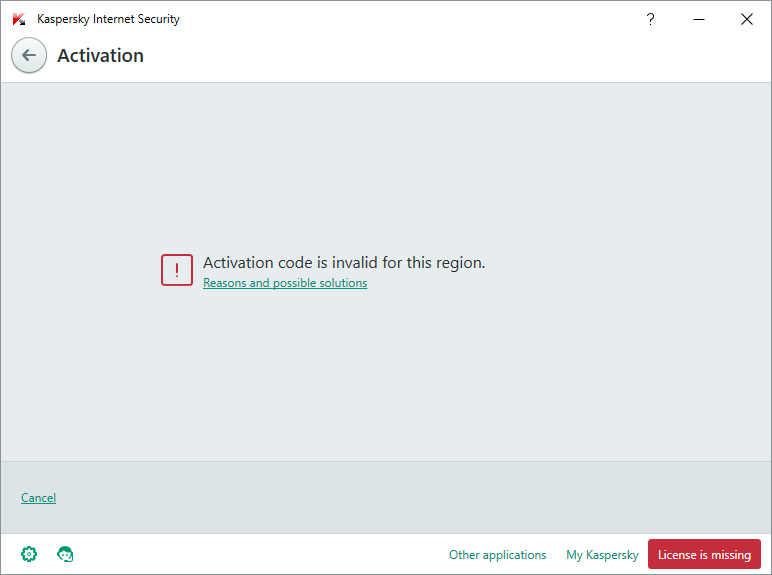 Who did the update for Windows 10, might notice that some programs have stopped working, among them the Kaspersky 2015. The solution proposed by Kaspersky Lab was reinstall the new version 2016, already compatible with Windows 10. If you need, You can download new Kaspersky 2016 through the URL: http://www.kaspersky.com/downloads/internet-security.

OK, but in fact the purpose of this Post came as a result of another problem. I had a key of Kaspersky 2016 that, When you try to use it to activate the antivirus, I received the following message:

"Activation code is invalid for this region"

By all indications, There is a restriction that certain keys can only be used from certain regions (countries). In my case, I was temporarily in the United States and the key was in the Brazil (or some other region, perhaps).

The tip is simple: Configure Kaspersky with Brazil proxy (or another region to which your key was acquired). This can be done in 3 steps:

(2) Select the option “Use specified proxy server settings” and enter IP/Port the proxy likely region of your key (in my case, Brazil).

This IP/port number of the proxy you can get on one of these sites (use the filter by country/country):

Note: If you do not run an IP/port, try another.

(3) Enter your valid key and activate the antivirus. That's it! After activated, remove the proxy and update the database normally.